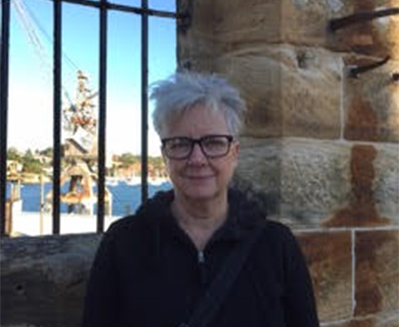 Sally Clarke has been practising Tai Chi and Qigong under Master Sue Chang since 2007 and completed The Qigong Professional Group Instructors Course with TCFA in 2015. Sally finds that teaching provides an avenue to share fitness and relaxation skills while maintaining discipline in one’s own practice. Sally is also an artist and worked as an academic at COFA, UNSW for fourteen years before taking up the challenge to run her own art gallery, AirSpace Projects in Marrickville, where she now runs Qigong classes. She believes there are many similarities between the visual arts and the practices of Tai Chi and Qigong, and that each can inform the other. She plans to run combined classes in the future.

Sally relishes the idea that Qigong and Tai Chi offer a wide scope for learning, not only in terms of raising one’s own body and spiritual awareness by practising routines, but also because of the way they intersect with Traditional Chinese Medicine and nutrition as well as the philosophies, cultures, languages and folklore that originated in ancient China. “Tai Chi and Qigong offer a model for living in the 21st century with a positive and healthy outlook toward ourselves, others and the environment.”